Ian began his career in costs and franchise auditing when he was appointed as a Lead Auditor in relation to the Legal Aid Board’s pursuit of BS5750 / ISO 9000 Accreditation.

Ian is committed to a programme of continuous professional development, attending Costs Conferences and avidly reading and keeping abreast of case law and developments across the legal costs landscape. 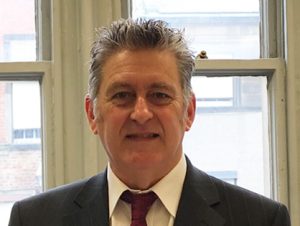 Back to our people

Back to our people

Khaled is a solicitor with nearly 10 years of legal experience. He specialises in international arbitration, charity law and immigration and asylum law. Before becoming a consultant solicitor, Khaled worked for two international law firms, Clyde & Co and Herbert Smith Freehills for five years. He specialised in international arbitration and commercial dispute resolution. He has published articles on current and emerging issues in international arbitration in the Lawyer, Kluwer Arbitration Blog and the Global Arbitration Review. Khaled was originally called to the Bar of England and Wales after completing his Bar Vocational Course in 2007. He started his legal career at the heart of the UK Government, working as a legal adviser at the Cabinet Office. He advised ministers, MPs and peers on primary and secondary legislation affecting charities. He worked closely with the Charity Commission and gained substantial knowledge of charity law and regulation. Throughout his career, Khaled has consistently kept a keen interest in immigration and asylum law and assisted many clients with their immigration problems.

GET IN TOUCH
We use cookies to ensure that we give you the best experience on our website. If you continue to use this site we will assume that you are happy with it.AcceptPrivacy policy